Budding pilots can set their sights on destination Toowoomba in Queensland, the new home to the multimillion-dollar Qantas pilot academy set to open in mid-2019. 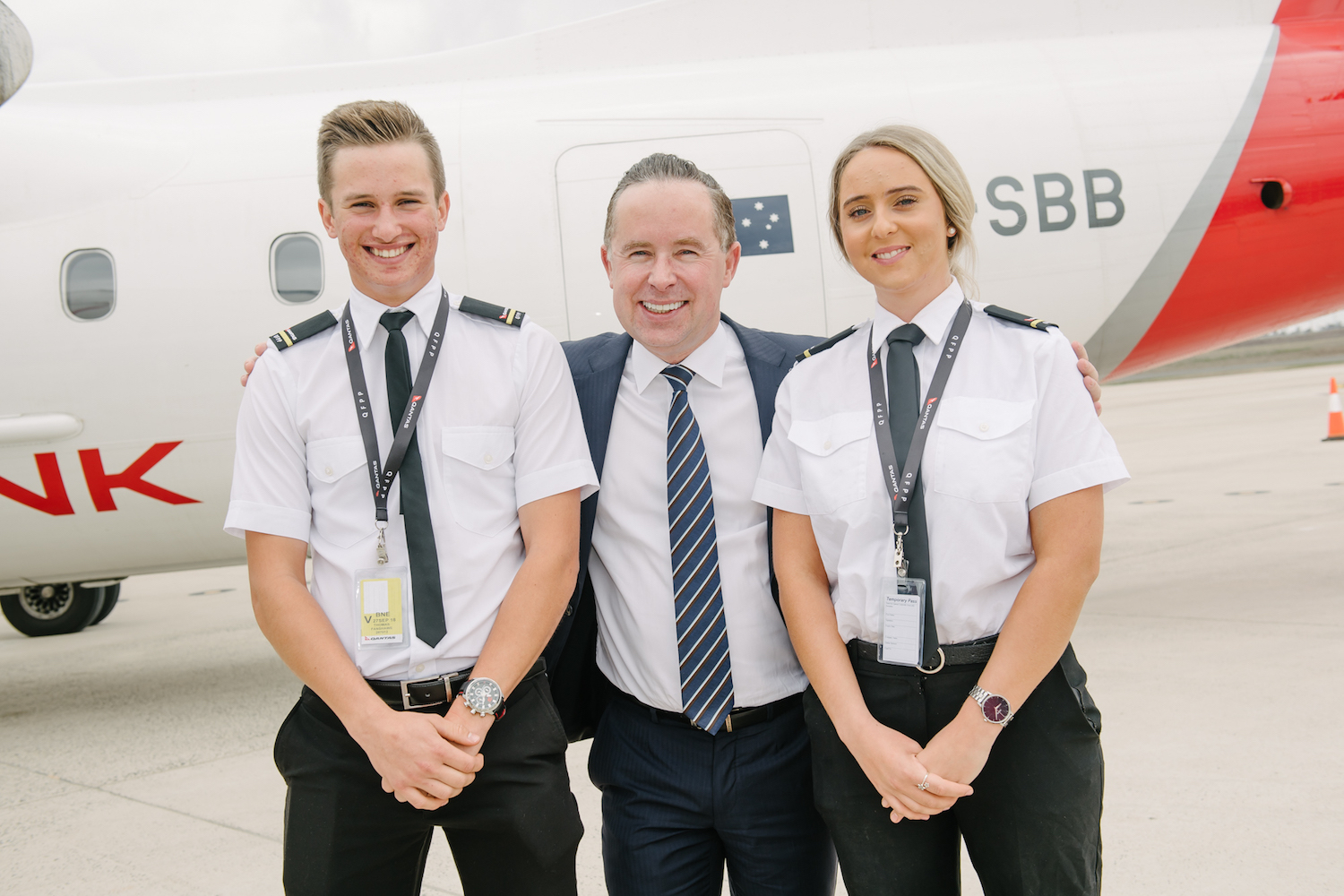 Toowoomba will be home to the multimillion-dollar Qantas pilot training academy at Wellcamp Airport, set to open in mid-2019 and deepening the partnership between the University of Southern Queensland and Qantas.

The academy will have capacity to train up to 250 pilots a year at the airport and create up to 160 jobs in training and support roles. Queensland Premier Annastacia Palaszczuk joined Qantas Group CEO Alan Joyce at Wellcamp Airport for the announcement this week.

“This is great news for the University because of our already strong connection with Qantas and our students who are accepted into the Qantas Group Future Pilot Program will now have a regional and local centre for flight training,” Professor Bates said. “It develops a critical mass in aviation training for the region and provides further attraction to study at USQ.”

USQ offers a Bachelor of Aviation at USQ Springfield allowing students to choose a program for a career as a pilot, in flight operations or in a ground-based role via an Aviation Management Major.

Professor Bates said USQ was currently looking at furthering the aviation program at USQ Toowoomba, and the new training academy at Wellcamp was a wonderful opportunity to advance this.

“This will create an aviation training hub between our three campuses in Toowoomba, Ipswich and Springfield,” he said.

More than 60 regional airports across the country applied to host one of two academies nationwide, with nine regional cities making the shortlist, including Toowoomba and Mackay.

The location of the second Qantas academy is yet to be revealed.

Qantas Group CEO Alan Joyce said the company would build state-of-the-art training facilities and student accommodation to create the academy in Toowoomba in partnership with the Queensland Government and the Wagner Corporation, who own the airport.

“Qantas has a well-earned reputation of having some of the world’s best pilots. For many of them, the journey will start right here in Toowoomba,” he said. “What we’re ultimately creating is a world-class pilot school for students from Australia and around the globe.”

Find out more here about studying Aviation at USQ

Now arriving at LA, New York, London, San Francisco & Hong Kong. We connect you with the best seats in the sky.

See more of the world from the comfort of your seat. Let’s talk about optimising your company travel needs.

Feel at home on every flight

The Dreamliner is designed to reduce jetlag, turbulence and noise, and provide more space in every class.

Our expertise in travel management cuts out the noise, providing genuine value