Catch him if you can: Nathan Fyfe takes flight

From flying above the packs as fearless leader of the Fremantle Dockers, Nathan Fyfe has many strings to his bow other than winning a Brownlow Medal, playing in the AFL grand final and earning All Australian honours as one of this country’s hottest footballers. He’s also a fully fledged pilot, avid snowboarder and surfer, and is completing his Masters in business management. At 27, Fyfe has the world at his feet… and he plans to use them! One would be forgiven for thinking he’s a modern day Frank Abagnale Jr, but he’s much more humble than that. Read on and get to know our latest Celebrity Traveller.

“I ONCE flew essentially into a bushfire and the smoke plume had built it up to 1500 foot and I lost all visibility and went through my emergency procedures and got out no worries,” says AFL superstar Nathan Fyfe. “But there was about 10 seconds there where I thought that was the end.”

THAT’S probably the only time Fremantle Dockers skipper Fyfe has been a little frightened in the air, a moment as a trainer pilot he experienced in his home state in Western Australia a while back. Speaking of flying, every week during winter you’ll find him zinging over the packs in the AFL… or bullocking through them.

Fyfe also has a passion for surfing and snowboarding. His sense of adventure certainly extends beyond the footy oval.

He’s also now a fully qualified pilot and he’s completing a Masters of Business Administration. At age 26, he’s formed some impressive partnerships, too, with a roll call including Adidas, Otis, Parker & Co (formal wear), and Lexus. I raised the question: was there anything he couldn’t do?

Yes, as it turns out, and it involves diesel, petrol and decision making… but more about that later.

Fyfe started the AFL season on fire with his beloved Freo Dockers this year and some say is a chance at landing another Brownlow Medal by season’s end. We were lucky to find time to talk with the Dockers champ. 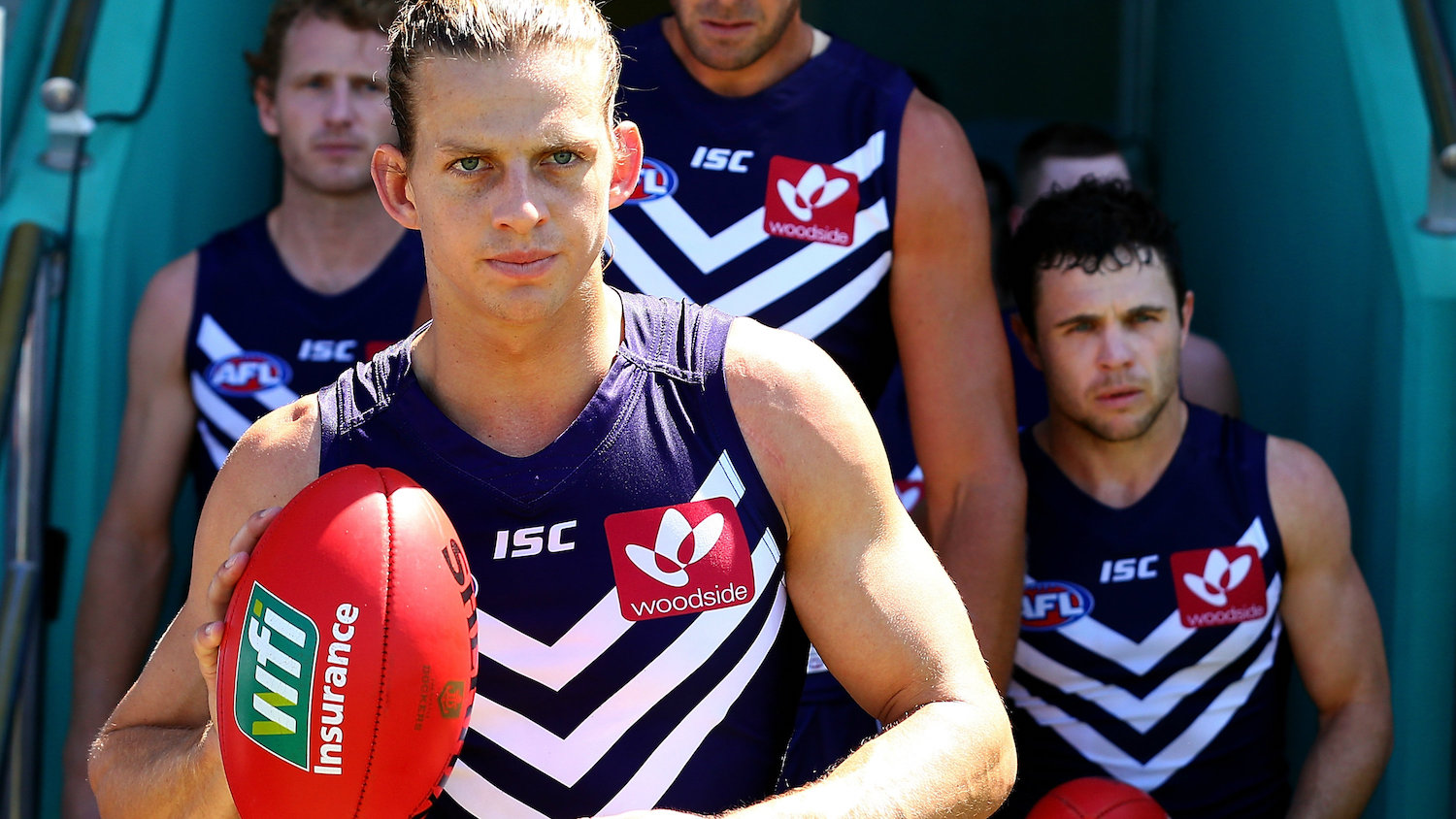 The magic of The Maldives

Fyfe says travel is an important part of his life, for both business and pleasure. When one talks about experts in the field, you can’t go past an AFL footballer who spends half his time during winter flying interstate and sleeping in hotel rooms, while the off season opens the door for overseas adventure, R&R or training camps.

So what’s been the most impressive travel destination he’s experienced?

“The Maldives,” he says with a smile.

“I’ve been really fortunate to travel to a lot of places all around the world. But somewhere I keep going back to is the Maldives. I’ve been there about six times now and I’ve stayed in both the resorts and the local islands. I love it because of the surf, the idyllic island lifestyle and it’s just a slightly slower pace to the rest of life.” 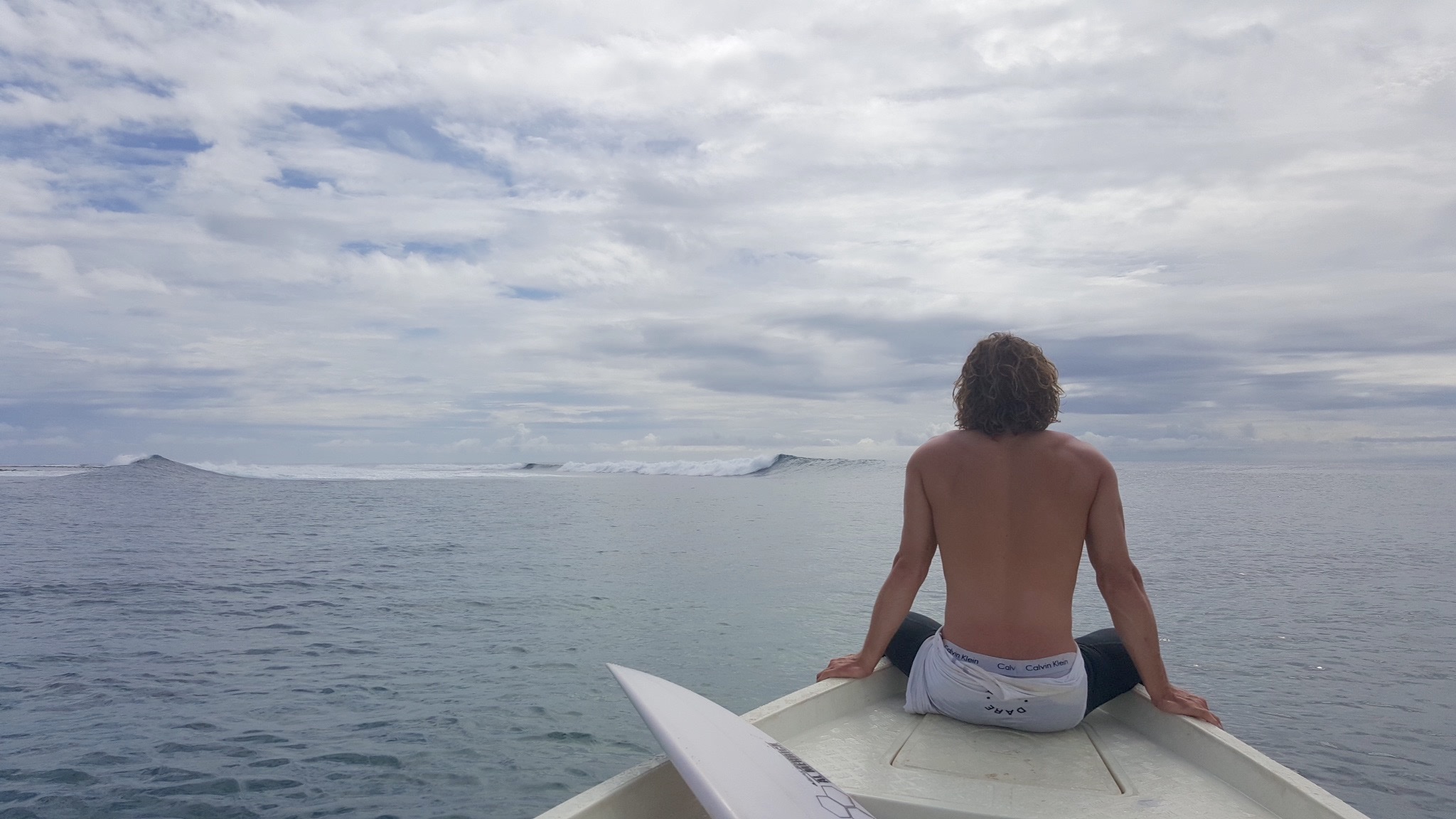 On the topic of surf and sun, you can also factor in snow and the slopes for Captain Fyfe. While The Maldives may be an unforgettable travel destination, this man mountain (190cm tall and 90kg heavy) needs the thrill of adventure with his getaways.

In other words, give him a board and he’ll find his paradise.

Only this past Christmas he set off for a Canadian adventure with his girlfriend which also meant he could hit the slopes; no doubt something that would make the Dockers’ fitness department a tad nervous.

“I get two weeks off over the Christmas/New Year period and through CT Connections my girlfriend and I were flown to Canada where my sister was working on the slopes for the season,” Fyfe says.

“We did two weeks of snowboarding there but I was also training in Calgary. I had a high performance training program that I had to complete whilst I was over there. So I’d train in the morning, do my running and weights, and then go back and snowboard in the afternoon. Thanks to CT Connections, I was able to fly over and back and be ready to go for training, come to start at January.”

“Primarily surfing,” says Fyfe. “Coming from Western Australia with good surf, I’ve grown up around surfing, but in the past 12 months I’ve actually taken a keen interest in snowboarding and I think in the coming years I’ll be doing a lot more snowboarding.”

But given the chance to combine the two and he’s there with bells on.

“Yeah, well I’ve surfed in Norway before with a wet suit on with snow covered mountains and that was a euphoric type of experience. So to be able to surf and snowboard potentially on the same day would be pretty cool,” he says.

“I’m investigating Chile and Peru. There, by the seems of it, you can snowboard and surf at the same time of the year because the distance from the mountains to the ocean is only quite small by car. So that might be somewhere on the hit list of the end of the year.” 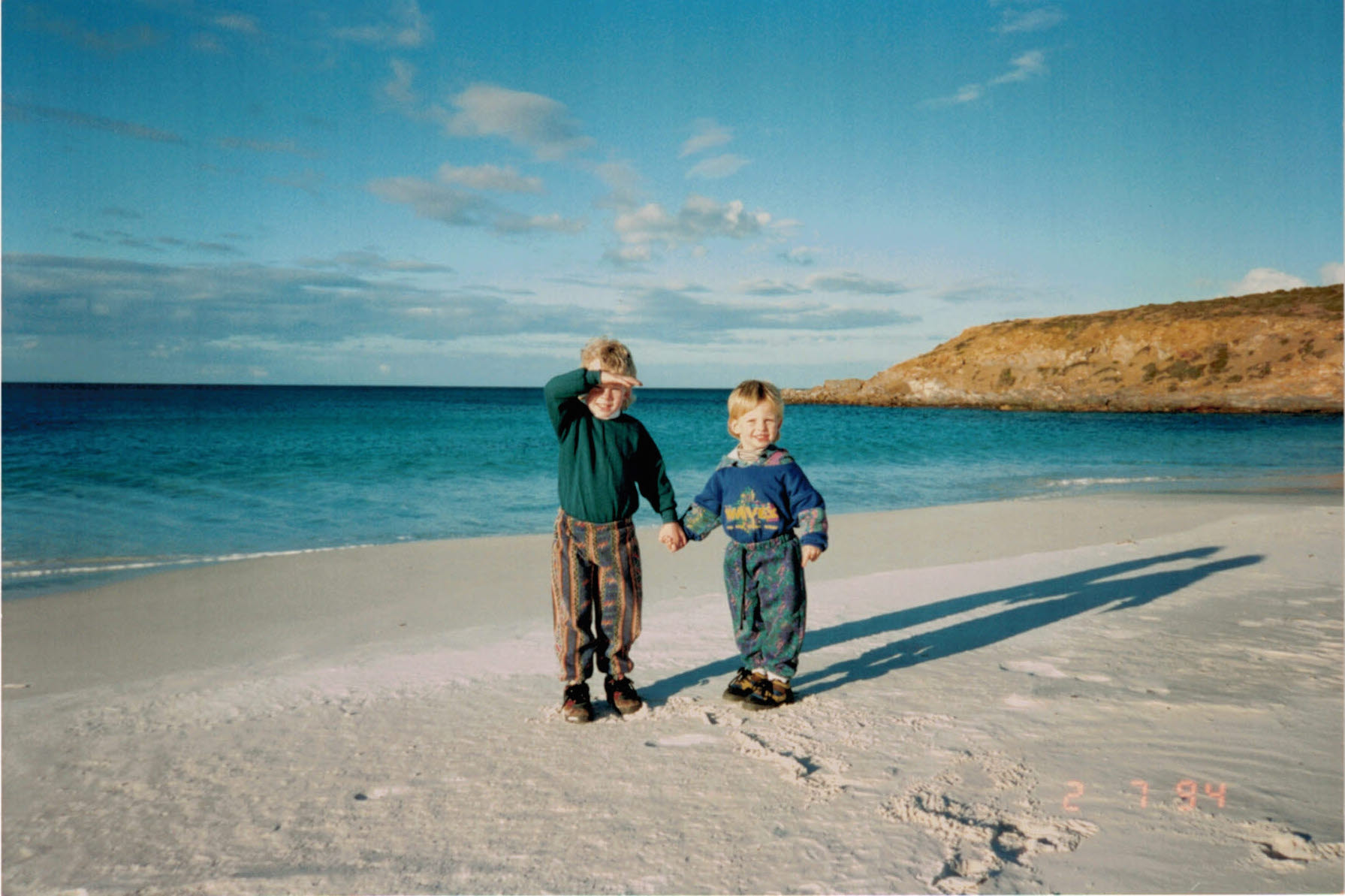 Casting his memory back, the Fremantle champion has fond memories of family holidays while growing up in the Wheatbelt region of Western Australia.

Overseas adventure wasn’t in the equation; it was all about the great Aussie holiday experience for the Fyfes.

“I grew up in a really humble family,” he says with a warm smile. “We’re from the country, about four hours inland from the coast, and so our yearly holiday was a one week experience – pack the car up and drive to the nearest beach which was about three and a half hours south to Bremer Bay and Albany and we’d spend a week there in and around the beach.

“Very humble and I’m probably quite grateful for it. I never got to experience international or even eastern states travel until I became a professional football player.”

On the topic of overseas travel experiences, Fyfe’s haven’t been without the occasional drama. One was catching a train up to Hungary headed for Poland, however, with no one speaking English very well, he and his mate ended up in the opposite direction in “the middle of Austria somewhere”.

But that’s not all.

“There is another one,” he says sheepishly.

“I was with the same friend and we were traveling through Portugal. We had a van and we went to the service station and to fuel up and it was a diesel van… and we filled it with petrol. We were stranded in the middle of Portugal for a couple of days while we’ve got this car fixed.

“So… the things you learn while you travel.” 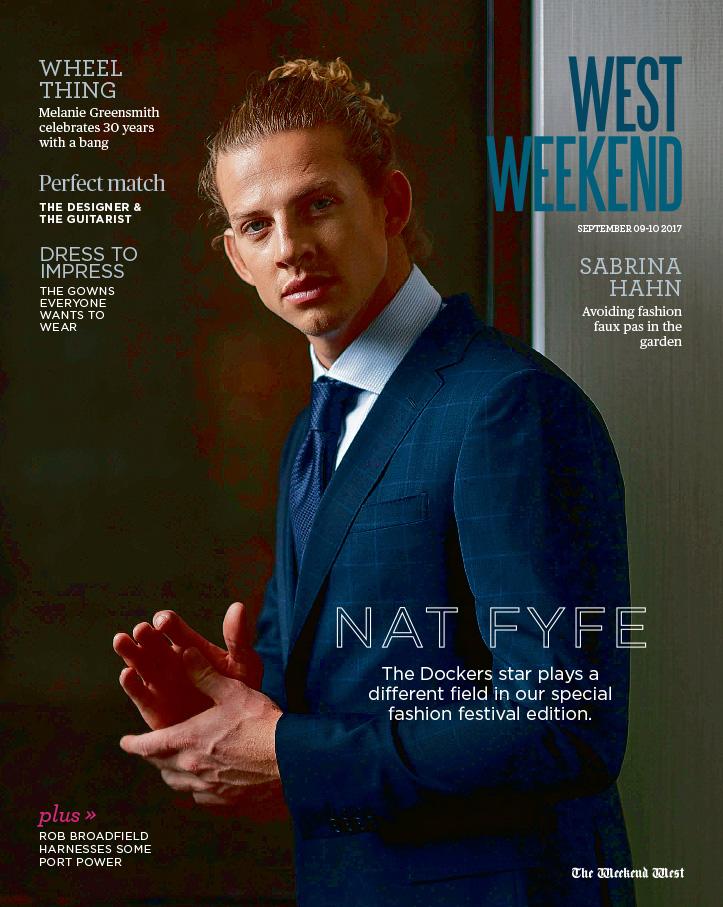 “I always pack a good pair of sunglasses,” Fyfe says. “I usually wear like an Otis pair that has lenses that don’t scratch so you can just chuck them in your backpack. Throw them in the carry on section of the plane. They won’t get scratched.”

Australian footy fans forget there’s more to playing football for these incredible athletes of the AFL. Fyfe agrees he’s as qualified a business traveller than any other businessman out there in the country, especially being based way out West in Fremantle.

“We travel a lot to the east coast: Perth to Melbourne, Perth to Brisbane, Perth to Sydney, and I’ve done a fair bit of international travel as well.”

So what are his top travel tips?

“The best tip I’ve probably got is to mentally plan out what you’re going to do in your time. If you have a 12-hour flight plan, what does that look like,” he says.

“If you’re going to sleep for a period, work for a period, or study… is it for four hours or 12 hours? Are you spending your time studying or doing business or are you sleeping or is there a period to watch some movies? If you go in there unplanned, the hours can just seem to drag on forever and ever.”

“I always pack a good pair of sunglasses,” Fyfe says. “I usually wear like an Otis pair that has lenses that don’t scratch so you can just chuck them in your backpack. Throw them in the carry on section of the plane. They won’t get scratched.”

He continues: “I have noise canceling headphones from Bose, they’re essential. And I always take my laptop with me so I’ve got connectivity and can keep working. They’re probably the three main ones.” 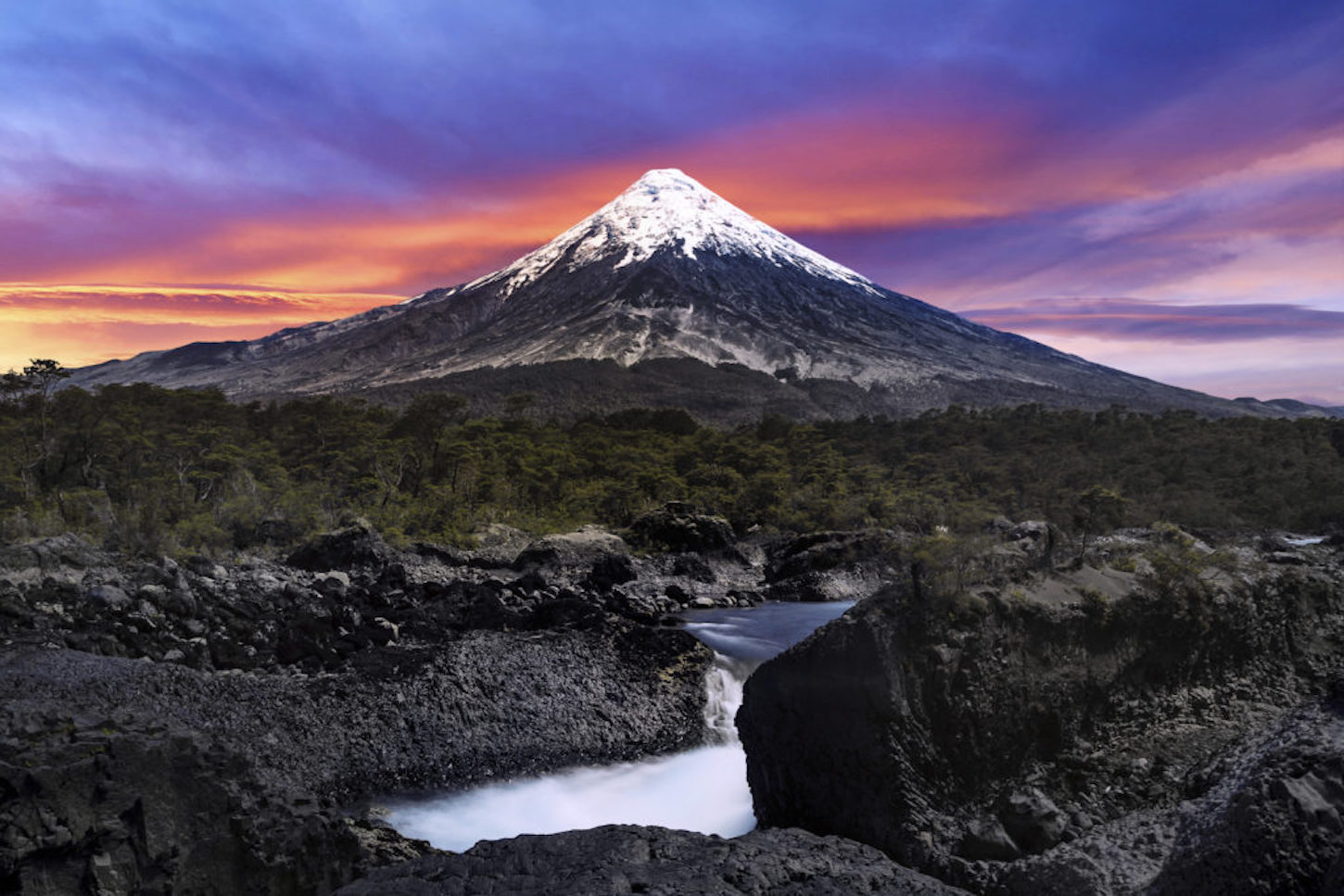 A well travelled man, Nathan Fyfe has more on the radar, including some biggies on the bucket list.

“Yeah, I’ve got a lot. That’s a big bucket. But short term I’m planning South Central America, Nicaragua, Costa Rica, and then down to Chile, Peru… those type of areas. I’ve been meaning to do it for a number of years, but for whatever reason it hasn’t worked out, but that’s my next destination.”

Fyfe also plans to incorporate his skills and qualifications as a chopper pilot at some point in the future.

“I have a few family friends who are pilots and that’s always intrigued me,” he explains.

“This idea of flying helicopters in particular seemed quite interesting and I started getting my private pilot license when I first started playing AFL.

“Then over the course of three years graduated onto my commercial license and I’ve been a fully blown pilot for about three years now and who knows where that’ll go in the future. At the moment I use it more recreationally; fly home to see Mum and Dad, or fly down south and go for a surf.

“But who knows where that’ll go?”

Find out more about Nathan Fyfe at his website. 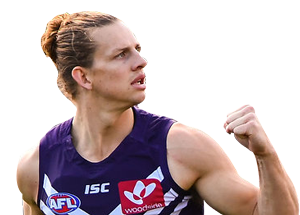