Summer lovin’ in the Big Apple as New York blossoms

AS our winter begins moving in Down Under, the American summer beckons and New York City is one of the country’s destinations that is on a J-curve of new developments, exciting attractions and plenty of great reasons to explore the Big Apple in the sunshine this year.

It’s the year of “monumental projects”, according to NYC & Company’s Chris Heywood, who talked with The Departure Lounge late last year while on a promo visit in Melbourne. Heywood revealed plans for several hotel openings, new retail outlets, arts centres, airport upgrades, and the largest private real estate development in the history of United States.

And the beauty of the Big Apple is that its appeal changes with the seasons: summer drawcards abound, along with new hotel options, hot new bars and many more great reasons to visit. Combine that with Singapore Airlines offering ultra long haul flights from Singapore to New York since October and there’s never been a better time to discover the latest version of New York City. Covering 16,700km and taking just under 18 hours, the A350-900ULR is configured in a two-class layout with 67 Business Class seats and 94 Premium Economy seats so the good news is you’ll be travelling in style with the World’s Best Airline (Skytrax Awards 2018).

Let’s have a look at 10 great reasons to plan a holiday in New York over summer or extend that business trip for a few days.

One… Hudson Yards has arrived

Hudson Yards is a new neighbourhood development and includes a centrepiece called the Vessel which you can climb and an arts centre called The Shed, covering performing arts, visual arts and popular culture to name but a few. Don’t miss the amazing food offerings and shopping in what is dubbed a “triumph in culture, commerce and cuisine”. It’s so much more than just offices and retail, too, with parks and gardens that include more than 28,000 plants and 200 trees. An innovative concept called Eden is perfect for those wanting to kill an hour before a meeting or take time out from all the sightseeing with its clean showers, nap pods and a yoga and meditation area. For $6 for half an hour it’s serious value. Check out CBS’s report on the Big Apple’s latest big attraction (above).

NYC Ferry now has all six routes in operation to enjoy your next summer brunch in a waterside communities of the New York boroughs. The service includes East River, Rockaways, Astoria, South Brooklyn, Lower East Side, and the Bronx. The ferry’s main hub is the Pier 11/Wall Street stop and all lines offer connections to this main hub. The bonus in summer is that on the weekends the South Brooklyn and East River routes offer connections to Governors Island. A one-way fare costs only US$2.75.

New York City stays should always include a show on Broadway and there are six this year that promise not to disappoint. Three have already opened last month – Be More Chill, Kiss Me Kate! and Ain’t Too Proud – The Life & Times of the Temptations. Also opening this month are the hotly anticipated Hadestown, Beetlejuice, and Tootsie while previews don’t start until late June for Moulin Rouge The Musical! tickets are already selling out.

New York City’s annual celebration of design attracts hundreds of thousands of attendees and designers from across the globe. Taking place from May 10-22, the event celebrates a world of design and showcases over a dozen design disciplines through events taking place across the city’s five boroughs.  nycxdesign.com/

Everyone knows the Statue of Liberty is a national icon of the United States and a global icon. For more than 130 years she’s been an inspiring symbol of democracy, freedom and liberty, and now has a new Statue of Liberty Museum opening later this month with interactive displays. An interesting statistic is the fact only 20 per cent of visitors to Liberty Island have actually gone into the Statue of Liberty. That stat will surely change now with the most monumental addition to Liberty Island since the statue herself.

This year NYC Pride welcomes WorldPride as it marks the 50th Anniversary of the Stonewall Uprising and a half-century of LGBTQIA+ liberation for the entire month of June, culminating in the famous NYC Pride March on the Sunday. From rallies to parties to lectures, there are free and ticketed events produced by NYC Pride and official partners spread across New York City of which more than 3 million people are tipped to attend.

The long-awaited TWA Hotel at JFK , a restored mid-century modern airport lounge now converted into a hotel, opens in the coming weeks.  MCR and MORSE Development are reigniting the magic of Eero Saarinen’s landmark 1962 TWA Flight Center at JFK Airport, restoring and re-imagining it as a first-class hotel with more than 500 ultra-quiet rooms with fantastic views of JFK’s runways, 50,000 square feet of meetings and events spaces, six restaurants, eight bars, and a huge rooftop observation deck with pool. There will also be a museum devoted to the Jet Age, TWA and the mid-century modern design movement. 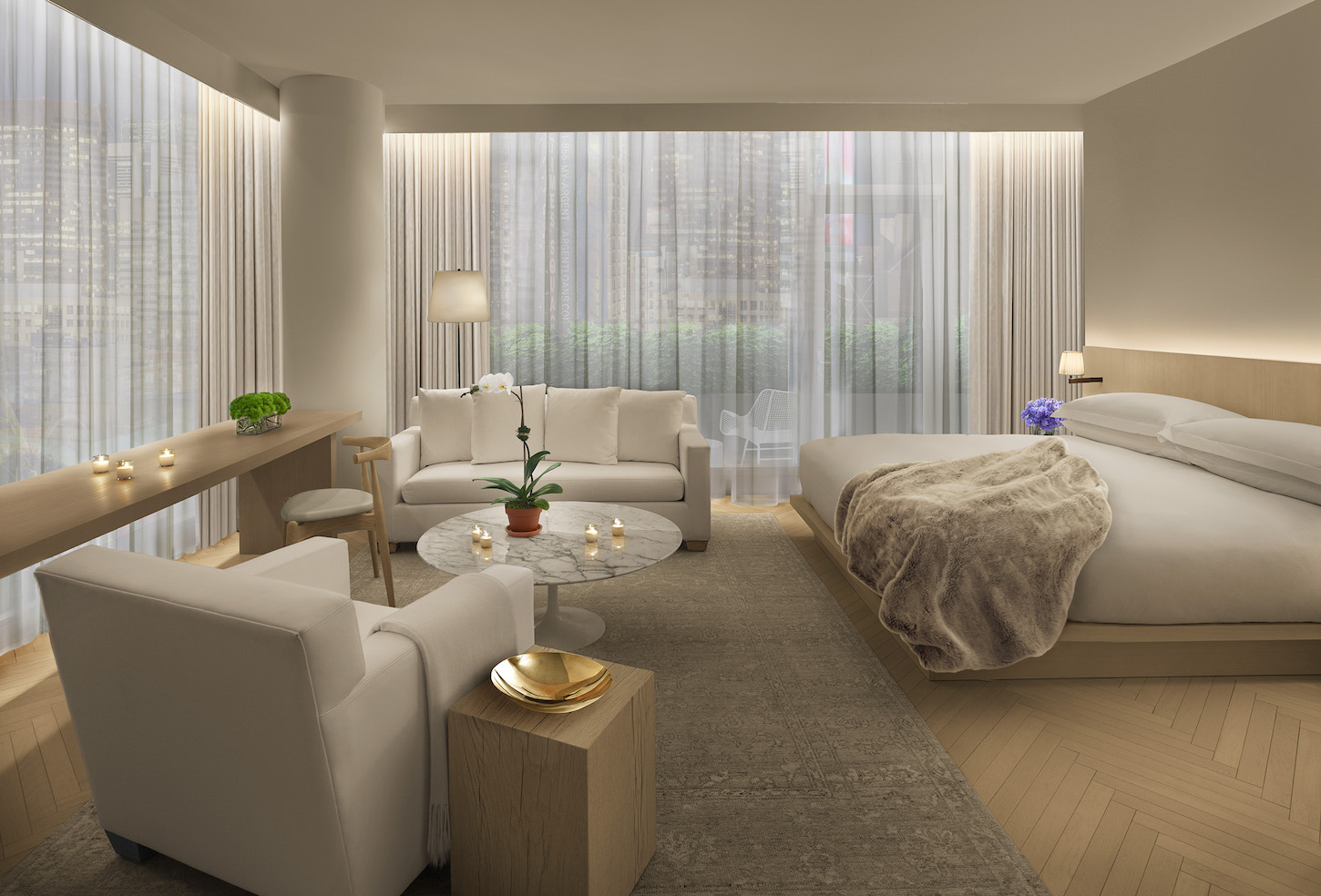 While on the topic of hotels, the new Times Square EDITION Hotel will have a 5000 square feet cabaret live show space called Paradise Club and a dynamic menu run by Michelin starred chef John Fraser. It claims to be introducing the next generation of modern luxury and we don’t doubt them for a minute. The Times Square EDITION features 452 guestrooms, suites, and a unique penthouse. Elevated above times square, get ready to soak up the views from floor-to-ceiling windows in very, very stylish rooms that promise a residential vibe. 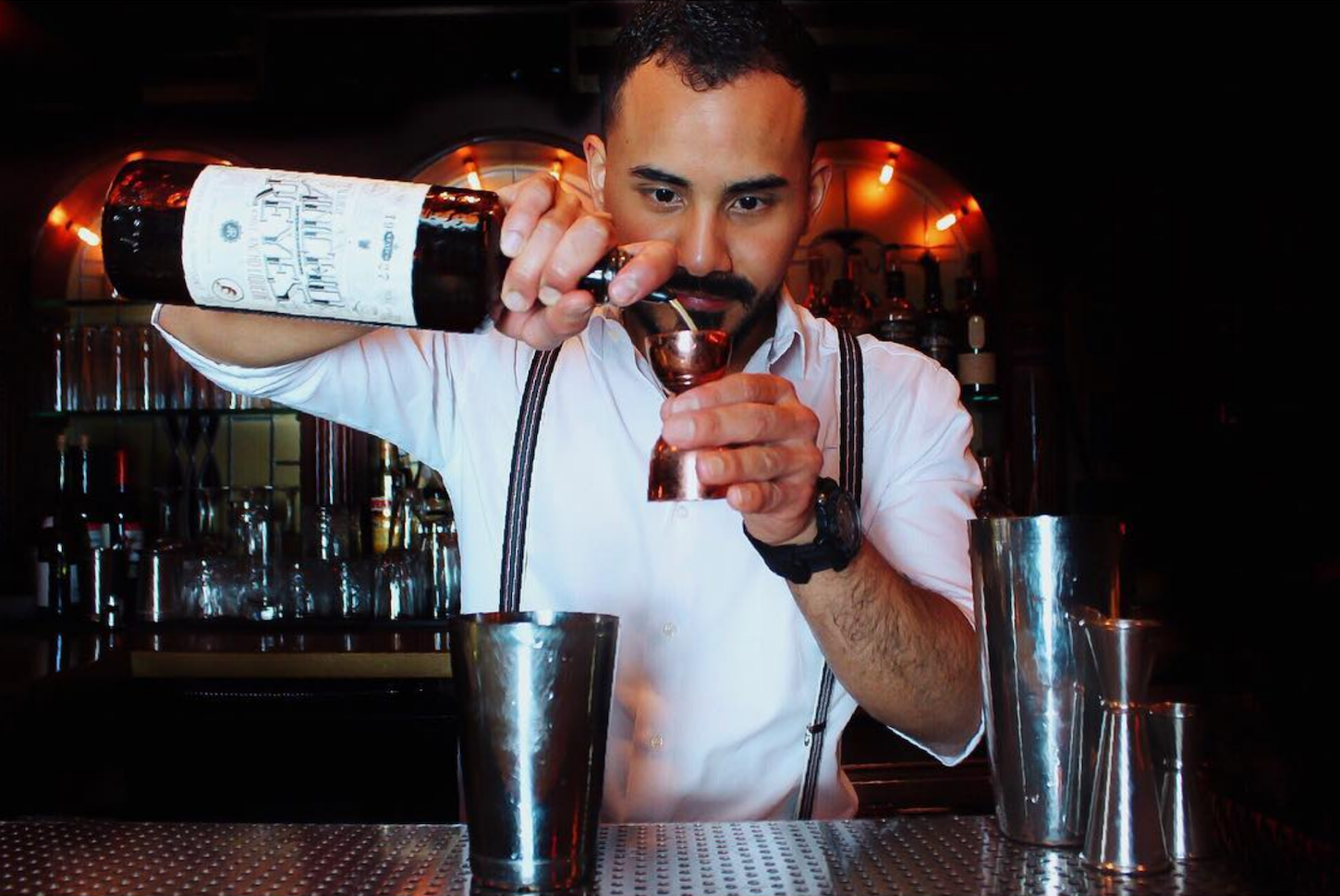 You can’t spend time in New York and not enjoy a Martini shaken and not stirred. Especially in an outstanding cocktail bar like Dear Irving On Hudson, a James Bond-esque cocktail bar with a view in its new location located on the 40th & 41st floor inside the Aliz Hotel having re-opened in January this year. The menu offering is an Ode to The Empire State, which features an “exploration of New York-made spirits”. You can also choose from the venue’s ‘Tried & True cocktails’ which are our chosen classics as well as a range of spirits, beers and wine.

The Empire Outlets launch this month (April) with 1.1 million square feet of retail shopping and about 100 shops. New York City’s first and only outlet shopping destination is tipped to be an extremely popular hot spot.  The brands are big: Converse, Guess, H&M, Nike, True Religion and more. Many people love taking the free Staten Island ferry from Manhattan past the Statue of Liberty but now, of course, there is a reason to stay a little longer in Staten Island. Here’s a tip: Sign up for the newsletter now before you go and tune in for the hot deals on offer.

Singapore Airlines’ mission this year is to provide 27 non-stop flights each week between Singapore and the US. Since October the airline has been running the ultra long haul flight to New York covering 16,700km and taking just under 18 hours, the A350-900ULR is configured in a two-class layout with 67 Business Class seats and 94 Premium Economy seats. Singapore Airlines was this week named Best Airline in the World by popular travel site TripAdvisor for the second consecutive year.